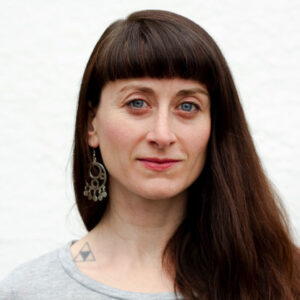 Being a videographer, photographer & editor I naturally tell stories by collecting impressions. Doing so it is important to me to be part of the action in order to react to moments that move me. I like being in the flow. One time I act in the background, the next moment I focus on that very detail in order to catch this particular gaze, that special movement…

To react to fluctuant, changing moments is my area of expertise. That is why I enjoy filming handheld. Freely and adaptively I adjust angles and shot sizes that suit the moment best. The look and feel of my videos is clear, calm and playful.

During my studies “Film and Broadcast Productions” at London Metropolitan University, I seized every opportunity in order to film different bands and art projects, as well as small-scaled film projects. Later on jobs for Vogue.com and start-ups such as “Looking Sound” and “Another Lazy Sunday Productions” followed. At Optical Support, a Steadicam specialist in North London I learned how to use several Steadicam systems, which also coined my visual language.

Since the end of 2012 after seven years in London I again live in Germany. As a start I collected diverse experience at advertising and media agencies. Since spring 2016 I work in Munich as a freelance camera operator and editor.