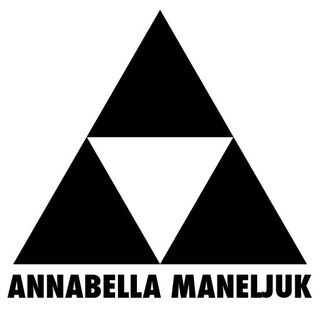 Filming instead of meditation

Filming to me means constant observation whilst moving from moment to moment. I prefer filming long takes without tripod & without using the manipulative power of editing. I observe acts, these acts retro-act back to me and I respond hereupon with a camera pan, a change in perspective, a change in shot size – until the most harmonic interplay of these components has been established. Playfully I approach persons and objects, then again retreat due to a movement I have perceived, then change to a different angle… In alternation I unveil and disguise – the director of this show being the ever changing moment.

A good example of how I deal with ‘visual clues’ is the following take, which has been produced in Brighton 2012 with singer-songwriter Michael Rosenberg (alias Passenger):  At 2:36 min a girl turns to Michael. A short moment before this I pan to her, a car passes. The movement of the car allows me (almost unnoticeably) to pan back to Michael. Everything moves from one to another, is part of it; the movement of my camera is in harmony with its surroundings.

Shortly after this Michael reacts equally spontaneously to a ‘sound-clue’: A woman addresses him while he plays, a short dialog arises… Also Michael doesn’t interrupt his play, he only plays a few chords in order to continue the musical flow. Nothing is a flaw – everything part of the game.

If photography is ‘a moment within a moment’, filming as well is ‘a moment within a moment’ – the only difference being that in film many moments are being strung together. Good examples of these long snap-shots are all music videos I have filmed for ‘Another Lazy Sunday Productions‘. The specific style of the videos is constrained by the following demand: It has to be a single, continuous take. This means each live-performance is recorded as one piece (through one moving camera and several mics) and also rendered as such – prohibiting any cut in picture or sound.  Solely the sound is being mixed afterwards. Within the time-span of a  2-4 minute performance the camera is moving to the things seen and heard adaptively: My perception > my eye movement > my camera movement.

In our daily routine our perception is constantly being interrupted by the limitations of our mind and body – here we blink, there we are lost in thought. The medium film presents me with the challenge to completely dive into ‘the now’. If I am unaware for only one second, the take I have filmed reveals exactly this: Here a shaky movement, there an unnecessary pan, a key moment I have missed… In practice this means to me to be completely present for the length of a take. In this moment I am both active and reactive. I lead my view, but, at the same time I am being led by my view and the things perceived. A seemingly contradictory moment I plunge myself into.